PURCHASE, N.Y., Jan. 17, 2019 /PRNewswire/ — In this anthemic new campaign, MTN DEW® has just one thing to say: Let’s Do. It’s a challenge to new faces, and a rally cry to old friends. It’s a pledge of pride in the everyday hustle, and a reminder that everyone can put their passion into action.

The 60-second “Let’s Do” spot, seen here, brings together boundary-breaking innovators with the game-changing charge of MTN DEW to celebrate the power of doing.

DEW® got some friends to help kick things off:

“In the industry, you have to go after what you want, because no one else is going to do it for you,” said Quavo, member of Migos. “We’ve lived that mantra to get to where we are and feels like this next level DO THE DEW speaks to that. It’s pushing people to embrace what they love and get out there and do it.”

The commercial, voiced over by Quavo, also features a new track, “Position to Win,” written and performed by Migos, which was inspired by the campaign. “This track is about passion, drive and action,” continued Quavo. “We wanted to bring that energy and excitement to the fans.”

The campaign marks the first time MTN DEW has included the entire product portfolio in a single commercial. Whether it’s the bold flavor of an original MTN DEW, the icy lemon-lime charge of MTN DEW ICE™, the cherry rush of MTN DEW® CODE RED®, or the refreshing boost of MTN DEW® KICKSTART™ – there’s a drink to invigorate all the go-getters to go out and do.

“DO THE DEW has been a rallying cry for decades, but now we’re pushing the boundaries of what it means to do,” said Erin Chin, senior director of marketing, MTN DEW. “It’s more than just thrill seeking; it’s about finding a purpose and knowing that no matter who you are, you can live out that passion. MTN DEW is not only recognizing that drive but celebrating that it feels good to do it.”

The ad will first air on television on Monday, January 21 during NBA programming on TNT, and will be followed by multiple 30- and 15-second versions. Can’t get enough of Migos on those trikes? DEW Nation can now watch the commercial on MTN DEW social channels and visit MountainDew.com for product information on the full flavor lineup.

So go ahead. Step away from the screen and get going because this is the start of Let’s Do. Are you in?

About PepsiCo
PepsiCo products are enjoyed by consumers more than one billion times a day in more than 200 countries and territories around the world. PepsiCo generated more than $63 billion in net revenue in 2017, driven by a complementary food and beverage portfolio that includes Frito-Lay, Gatorade, Pepsi-Cola, Quaker and Tropicana. PepsiCo’s product portfolio includes a wide range of enjoyable foods and beverages, including 22 brands that generate more than $1 billion each in estimated annual retail sales.

At the heart of PepsiCo is Performance with Purpose – our fundamental belief that the success of our company is inextricably linked to the sustainability of the world around us. We believe that continuously improving the products we sell, operating responsibly to protect our planet and empowering people around the world enable PepsiCo to run a successful global company that creates long-term value for society and our shareholders. For more information, visit www.pepsico.com. 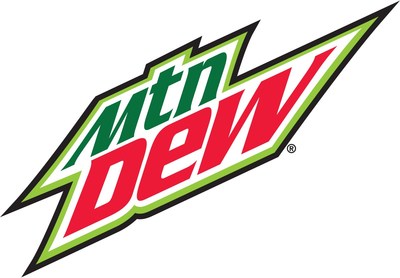 Ryan Allaire, with RISE and Mailbox Secrets Teaming up to Help Families Hardest Hit by These Difficult Economic Times

Ryan Allaire, with RISE and Mailbox Secrets Teaming up to Help Families Hardest Hit by These Difficult Economic Times